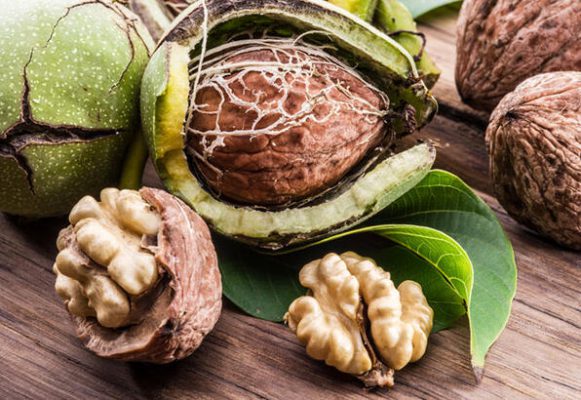 Walnut can be considered the ancestor of all hazelnut-pistachio varieties.

Thanks to its high quality antioxidants and nutritional values, it benefits the whole body.

Walnuts rank much higher than peanuts, almonds, pistachios and hazelnuts in terms of nutritional value.

It is one of the natural supplements that our body needs, especially in cases such as cardiovascular, cholesterol, alzheimer’s, early dementia, poor condition, and child development.

The endless benefits of walnuts

Walnut, which is a single-core fruit, is generally used for the pulpy part that appears after the fruit has been completely peeled. After peeling the outermost shell, it is left in its hard shelled form. The pulp is divided into two with a thin membrane. This hard shell itself is also full of antioxidants and protects the pulp from free radicals in the atmosphere. 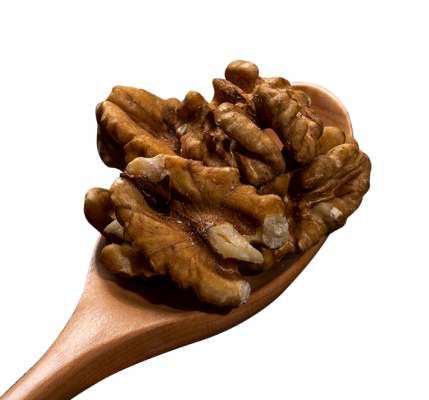 The nutritional values ​​in 100 grams of walnuts are as follows:

Walnuts are much more beneficial if consumed following ways :

It is  benefit are increased walnuts consumed with cherry, raspberry and green tea, which are rich in plant-based omega-3 fatty acid ALA.

The study, led by Dr.Neil Syay of Oregon State University, evaluated the consumption of walnuts in a typical western-style diet along with various other whole foods to measure their potential health benefits. The mice were given a human equivalent low-fat or high-fat diet along with a high-fat diet supplemented with 8.6% walnuts by weight. The other groups  (control groups ) were given a walnut diet with a second complete food. The results of the study showed that the best combination of walnuts was with cherry, raspberry or green tea.

After 10 weeks, the walnut group was significantly healthier than the control group on a high-fat diet. Liver fat concentrations were reduced in mice fed walnuts with other whole foods compared to mice fed a high-fat diet. In the study it is also found that the addition of a second whole food to walnuts resulted in other changes in metabolite and gene expression levels and other physiological parameters, which had beneficial effects on inflammation and metabolism.

“While a lot of research has been done on individual foods or the effects of certain nutrients, people do not just consume one thing or a food item alone, we consume different foods together. In this study, it was investigated how different whole foods are consumed together potentially have a positive effect on the Western diet, ”said Dr Shay. It should be noted that these important changes occur in typical consumption amounts, i.e. when only 1.5 servings of each food per day are consumed, Shay added.

Californian nuts contain vital nutrients that contribute to a healthy diet and lifestyle. Walnut is a single shelled nut that contains a significant amount of alpha linolenic acid, a plant-based omega-3 fatty acid that the human body needs and needs to be taken with diet. Walnuts are a powerful source of nutritional components such as fiber, protein and potassium.

Stating that the results of this study confirm the role of walnuts as a whole food in a balanced diet, Dennis A Balint, CEO of California Walnut Commission (CWC) said, “The CWC will continue to invest in health research to obtain stronger evidence of the exceptional benefits of walnuts. As a result of research supported by the CWC so far, more than 100 studies have been published in peer-reviewed journals.

Walnuts may help reduce not only the risk of prostate cancer, but also breast cancer. In one study, mice that ate walnuts equivalent to the amount (75 grams) a human would consume for 18 weeks had significantly smaller and slower-growing prostate tumors compared to the control group consuming the same amount of fat from other sources. Overall, whole walnut diets reduced prostate cancer growth by 30 to 40 percent. According to another study on mice, just two handfuls of walnuts a day cut breast cancer risk in half and slowed tumor growth by 50 percent.

The monounsaturated and polyunsaturated fatty acids found in walnuts have been shown to lower LDL (harmful) cholesterol and triglyceride levels. This, in turn, reduces the risk of cardiovascular disease, stroke and heart attack.

Walnuts also contain plant-based omega-3 fat alpha-linolenic acid (ALA), which is anti-inflammatory and can prevent the formation of pathological blood clots. Studies show that people who diet high in ALA have a reduced risk of coronary heart disease. Eating just four walnuts a day has been shown to significantly increase blood levels of heart-healthy ALA, while consuming 5 or more walnuts supports healthy cholesterol levels.

Antioxidants are very important for human health. They help fight free radicals, which are at the center of age-related deterioration. Walnuts contain unique and powerful antioxidants that are only found in a few commonly consumed foods. These are quinone juglone, tannin tellimagrandin and flavonol morine. A study has shown that walnut polyphenols can help prevent chemical-induced liver damage.

In another study, researchers found that hazelnuts, particularly walnuts, have powerful antioxidant powers. Walnut polyphenols have the best yield compared to the tested hazelnuts and also the highest lipoprotein-linked antioxidant activity.

Walnuts are one of those foods that help you feel full, which means an increased feeling of satiety. A rich source of protein and fiber, walnuts are a healthy snack option, especially for vegetarians. Adding walnuts to your diet can help you maintain your ideal weight over time. The results of 31 studies showed that those with extra hazelnuts or nuts in their diets instead of other foods lost 1.4 kilograms of weight and half an inch at the waist.

One of the lesser known benefits of walnuts is their effects on male fertility. Adding 75 grams of walnuts daily to a Western-style diet significantly improved sperm quality, such as vitality, motility and morphology in men.

The Positive Effects of Walnut on Brain Health:

Walnuts contain a number of neuroprotective ingredients, including vitamin E, folate, melatonin, omega-3 oils, and antioxidants. Research shows that walnut consumption can support brain health, including increased inference and reasoning in young adults. In another study, they also found that consuming high-antioxidant foods like walnuts can reduce the enhanced vulnerability to oxidative stress associated with aging, “increase health space” and also “improve cognitive and motor functions related to aging.

It has been shown that the beneficial oil in walnuts improves metabolic parameters in people with Type 2 diabetes. Overweight adults with Type 2 diabetes who ate 250 grams of walnuts daily experienced a significant reduction in fasting insulin levels in the first three months.

The taste of Ceviz is in its special rock salt with 84 minerals.